This entry was composed by summer Artmonk-in-Residence Neva Cockrell.

The 90 days of residency officially ended last Friday. One by one, our summer community is heading off in different directions, and the past few days have brought a chilly wind—reminding me of change, bringing fresh new energy. I’ve been sitting in our surprisingly quiet house, watching people depart and sifting through thousands of photos and hours of video footage from L’eterno smascherato [formerly known as Ad Mortem: un’avventura propria], the show we made this summer.

We spent eight weeks making the show and four weeks performing it seven times—and, each time, we literally performed a different version of the show. I think it pushed us all to be flexible, to trust in the work we had made, to let go of ideals, to accept surprising new outcomes.

It’s interesting to look back on the process and try to parse out how it is that we made this piece out of nothing in eight weeks. We sourced material from our personal and shared experiences; books, poems, videos, and songs that had touched us; and the culture and place we were living in. We also used the Requiem Mass as a loose beginning structure for the piece. The timeline looked something like this: one week of table work; one week of improvisation; four weeks of setting choreography, staging, text, music, and costumes; and two weeks of cleaning and technical rehearsals. And it all started with the question Liz posed at the beginning of the summer: “How do you live knowing you are going to die?”

My personal timeline for the creative process was surprising, difficult, and somehow very fitting. By the sixth week of the process, most of the choreography was built and the structure of the piece was fairly solid. And then, during the seventh week, I sprained my ankle. Unable to fathom that the injury was more than a tweak, and still with two weeks until the opening of the show, we all plowed ahead, assuming I would be able to dance fully in the show. Four days before the opening, I was still on crutches; it became clear that we needed to change the show because I wouldn’t be dancing in the opening. 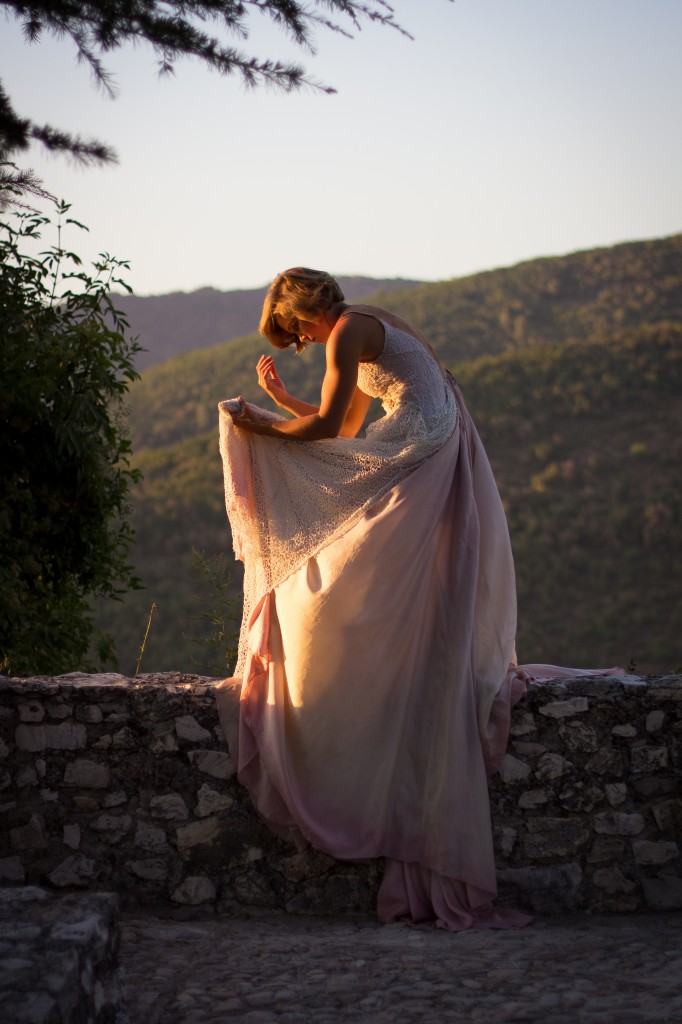 Up to this point, we didn’t have a literal death in the show (though each character had many smaller moments of loss and representations of death). We were able to restructure the first two acts of our three-act show so that I was either sitting down or being carried the whole time. But Act 3, which was highly choreographed and contained the meatiest pieces of the show, was too difficult to rebuild in that same way in a matter of days. After much discussion, we decided that my character would die at the beginning of Act 3.

This was the form we used for the first two shows. At the beginning of Act 3, Ryan’s character carried me over to the stone wall on the side of the stage, where I lay, dead, for the rest of the show.

I had this eerie feeling during the first show that this is what it might be like to die: I wanted so badly to be dancing in the act, but, instead, it was continuing on without me, and everything was normal except that my heart was a little broken. I listened to the other performers take the audience on the rollercoaster that is Act 3 as I lay there, silently looking up at the stars, feeling the wind blow my billowy dress around me. And it was a small death and time still slipped by and life went on and people laughed and were swept up in the moments.

I remember at one point during the process when Liz said, “We spend Acts 1 and 2 earning the audience’s trust and attention for Act 3.” And I think this was true: we really didn’t hold back in Act 3—we fought, we grieved, we mourned, we loved, we partied, we sang, we danced, and we reflected. Every night when I danced Act 3, I felt like I had been through something. The early nights, when my ankle forced me to lay still during this act, I felt like they were singing the Requiem for me, because I couldn’t be there with them.

Now, looking back on the Requiem Mass structure we used in the beginning as we put the show together, it turned out that Act 3 corresponded almost exclusively to the unique parts of the Requiem Mass as compared to an ordinary mass structure. And looking back on the summer as a whole, and every night that we sang the Gregorian chant setting of the Requiem Mass within our immediate community, I’ve learned a lot about small deaths and letting go—the end of each day, the end of each exhale, the end of a season, and, of course, the beginnings, the life, the freshness that inevitably follow. I am proud of the work we made and the honesty and effort that went into making it. I know it deeply touched at least a handful of hearts—and I can scarcely think of a richer way to spend a summer. 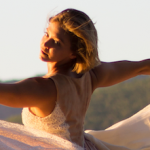 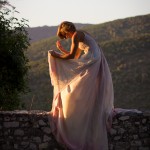 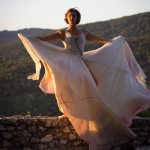 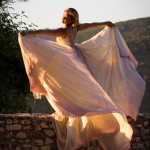