Marcella Calabi, principal consultant at Clarityworks and a multi-talented, award-winning soprano and music teacher, wrote several journal entries over the course of her multi-day stay with the Art Monastery this summer. This is the second of three parts.

~
How to describe their show… They sing, they dance, they play instruments and beat barrels, and they recite in English and in Italian. In a fabulously clever move, they do shadow-play against the tower. They’ve constructed a dreamy sequence of images and sounds that trigger a variety of feelings and ideas, about life and relationship and death. A lot of it is truly beautiful. It’s stitched through the crowded dinner-space so you never think you’re seeing it all. I’d be curious to see it proscenium-style, but one effect is that you feel like you’re looking at life—we never get a good bead on all of that, either. 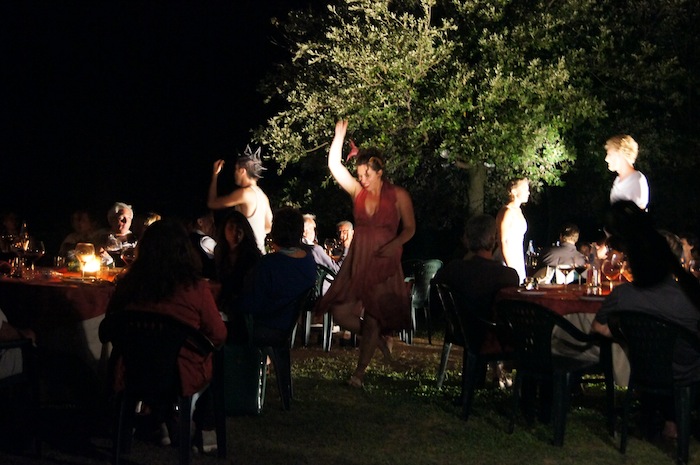 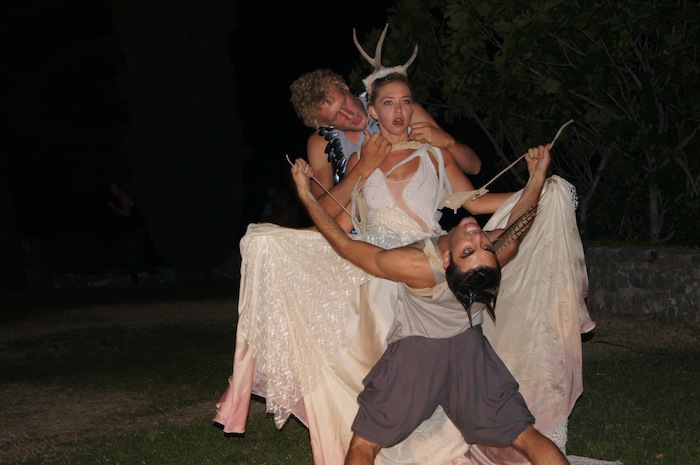 The five principal performers are

And there are others, most of whom also appear variously in the chef’s opening number:

I’m leaving out fifty times as much as I’m saying, about the show and about the individuals. But the point about who does what and who participates in the opening number is this: they all support each other in daring to do more than what fits in their comfort zone. People who think they don’t sing or dance, sing and dance: that’s a big deal. (I can say this first-hand because, in a different atmosphere, there’s no way I myself would have taken Ryan’s dance workshop.)

Whether it’s art-making or equipment-lugging, everyone helps everyone else do everything. I think many of these brave and talented souls will figure in each other’s futures—and if not these specific individuals, then what they’ve absorbed about living in a company of such gifted, big-hearted, intentional collaborators.