In celebration of his new CD, celebrated musician Joel Frederiksen will perform excerpts from his project “Requiem for a Pink Moon.” This unique lute concert mixes classical music, the traditional form of a Requiem mass, and the contemporary music of Nick Drake (British folk musician from the 1970s). The concept was originally developed at the Art Monastery in 2009 at our first location in Calvi dell’Umbria. Now we are honored to present the fruit of that period in this innovative concert. Mixing the Elizabethan style with contemporary music, this concert reinvents classical music for a new world. 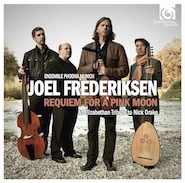 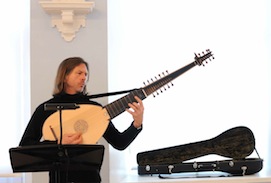