Hosting Transformation: Berlin
Back
What The Jellyfish Knows

You have the right to life, liberty and the pursuit of happiness.

After playing to sold-out crowds last summer and a successful NYC premiere in January, BOOTSTRAPS returns to North Carolina — a smarter, sharper, direct love letter to the painful contractions that are birthing a new America.

After clawing their way to the top in pursuit of the “American Dream”, a white man and a white woman start to wonder whose backs they’re standing on. In tender silence, brutal slapstick and with soaring voices performers Kaitlin June and Raphael Sacks scour their own lived experiences to tell the story of white middle-class Americans building their lives while deconstructing their privilege.

Combining dance theater and community organizing, BOOTSTRAPS catalyzes dialog about how we otherize our neighbors, how success is constructed, and the role white people can play in perpetuating and dismantling systems of oppression. The evening flows from performance into participatory workshop facilitated by Rachel Cotterman and Sara Cross, as audience joins the cast and creative team in asking, “What do we do now?”

IN AUGUST 2017, BOOTSTRAPS: An American Fable toured Vermont, Massachusetts and North Carolina, with performances at the Art Monastery, the Springfield Community Players, Earthdance, Living Arts Collective, The Eco-Institute at Pickards Mountain, and the Culture Mill.

January 2018, BOOTSTRAPS went to NYC with a weekend of workshops and performances at the 14th Street Y

Click here for some RESOURCES and NEXT STEPS in the Social Justice Activism behind our show.

NOTE: All are invited to the show and workshop, AND this is a conversation about Whiteness and the Middle Class Safety Net, primarily for and among White Middle Class folks. Especially in the workshop, we are focusing our attention on hosting space for white people to work through their experience of race in America. While this may seem counterintuitive, we take our guidance here from Malcolm X:

Wanna know more about this choice to focus the conversation on whiteness and white communities, when the big goal is actually inclusion and diversity? There are lots of resources out there. Two that have inspired us come from Constructive White Conversations (www.constructivewhiteconversations.org/) and Racial Equity Tools (www.racialequitytools.org/resourcefiles/whiteaffinitygroup.pdf). 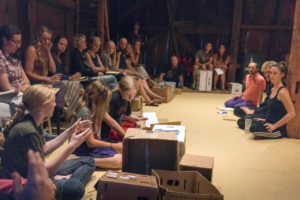 WHAT AUDIENCES ARE SAYING

BOOTSTRAPS pulled me along with its characters, silently hoping they would do
the right thing, all the while feeling there was no right thing to be done.
– Jay O-Berski, Little Green Pig Theater

It was a pleasure and an inspiration to have BOOTSTRAPS at the 14th Street Y
— Ronit Muszkatblit, Artistic Director, 14 Street Y

White fragility is about blindness and refusing to release that comfort. This performance allows us to identify and recognize our complicity. Thank you- it’s time to call systemic racism OUT!
— Vermont audience

My heart is very open. I don’t want to admit that I am one of those people on the stage, taking baby steps, and looking up at a towering ceiling. But under my skin, vulnerable and sincere, I saw myself.”
— Massachusetts audience 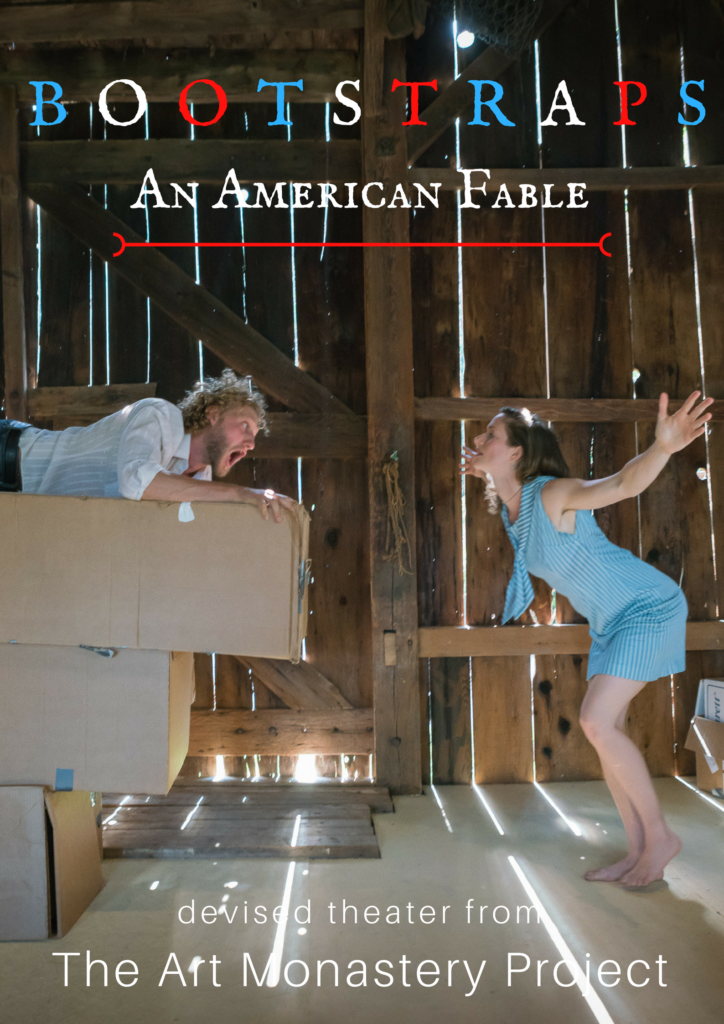